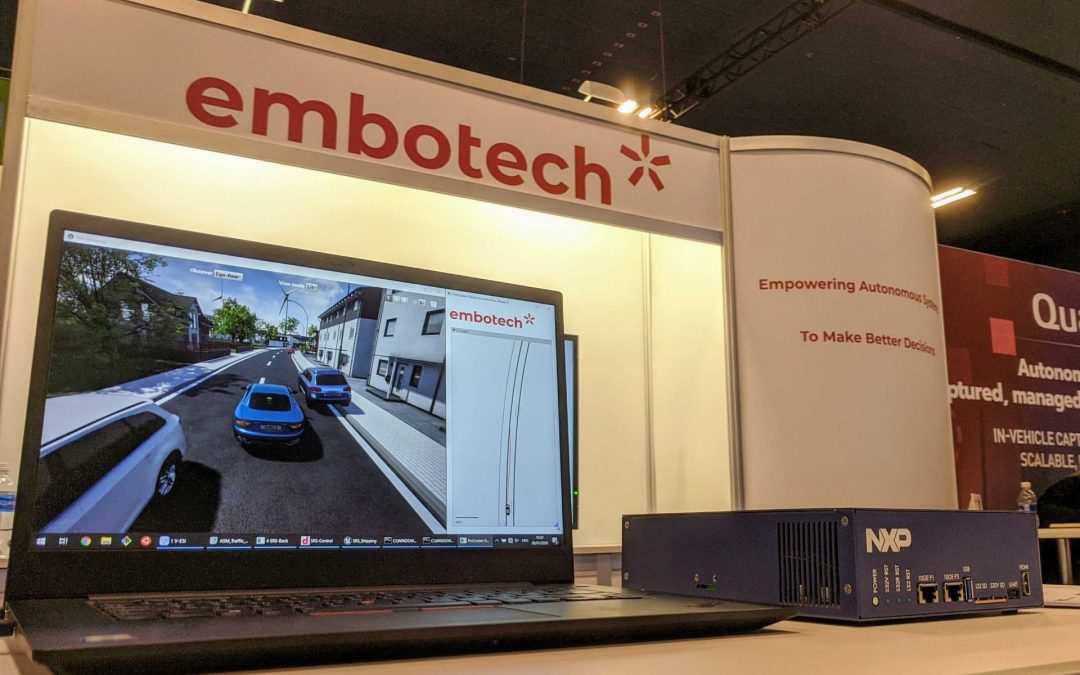 CES 2020 is over, but the journey towards certifiable motion planning software has only begun

If you wonder how a niche provider of real-time decision-making software finds its place at the Consumer Electronics Show 2020 in Las Vegas, you’re not alone. I was also puzzled when Embotech, the spinoff company from ETH (Zurich) I recently joined, announced they will have a booth at CES to demonstrate their motion planning technology among giants such as Google, Sony, Amazon, BMW, Ford or GM. But things became clear from day 1. CES is about our future and global innovation, and motion planning, the very core of autonomous driving, is undoubtedly a huge part of it.

Motion planning is that part of the autonomous vehicle software that decides how to steer, brake and accelerate. It’s safety critical, yet it needs to make passengers feel like there is a human at the wheel, otherwise no one will accept it. Motion planning is only part of Embotech’s real-time decision-making solutions, but it’s the application that has lead software and hardware providers such as NXP, dSPACE, ANSYS and Green Hills Software to enter a partnership or collaborate with us.

For a small company to have its motion planner software running concurrently on three booths at CES is quite of an achievement. At the NXP booth (or palace?) Embotech’s motion planner was controlling, in a hardware-in-the-loop setup and in real time, the dSPACE autonomous driving simulator. At the ANSYS booth, Embotech’s motion planner was used to demonstrate a real-time redundancy system that would bring a vehicle to a safe state, in case of failure on the primary planner. At our booth (figure below), we showed how our planner could re-plan and send updates to the dSPACE simulator at a rate up to 10 Hz, running on an NXP BlueBox (automotive grade hardware).

There are a few points to emphasize here

Embotech’s motion planner has been designed for highway driving. How could it perform so well in an urban environment with oncoming traffic, parked cars and pedestrians? The secret is that it’s conceptually very different from the typical approach. Instead of considering fix driving scenarios and do the planning by selecting from suitable paths among a pre-defined set, Embotech uses online mathematical optimization. All the software needs to know is where it’s allowed to drive (road, obstacles, etc.) and what the rules are (speed limits, road signs, etc.). This is converted into a set of equations that, when solved, give commands to steer, accelerate or brake.

Is this approach new? Not really. The idea has been around for quite some time. The problem is that to solve those equations within a few milliseconds has always been a challenge. And you really need to solve that fast, otherwise you won’t have time to re-plan around that kid that has just popped up behind the parked car.

The reason why people have struggled to generate fast enough solutions is because they have used generic solvers for those equations. Such solvers do the job, but it’s like using a bazooka to kill a fly. What Embotech has developed over the years is a solver that is highly specialized to solve those specific equations. The Embotech solver, called FORCES PRO, won’t perform well on generic optimization problems but will outperform any other solver on specific ones. If you’re into math and computer science, I’ll give you a hint to see how this is possible. The solver uses the particular structure of certain matrices (symmetry, sparsity, etc.) and performs the calculations in a specific order so that every microprocessor’s clock tick and every bit of memory allocation is used in the most effective way. There is an art in tuning the algorithm parameters too, and Embotech has been tweaking those since our co-founder started his PhD 9 year ago.

CES is over now. As I joined old and new colleagues in the Bay Area the week after, I found myself discussing where we are and where we’re going. I’m now more than ever convinced that autonomous driving will become a reality sooner than we expect and that the safety issue, although still open, is solvable. While machine learning algorithms remain the dominant method to make sense of the environment, solving the motion planning problem deterministically seems to be the only viable way to achieve certification and a trustable product. The industry is converging to this, and Embotech, although only a specialized provider within the whole autonomous driving software stack, has the key to the certification door. Something to that end may be announced at CES 2021.